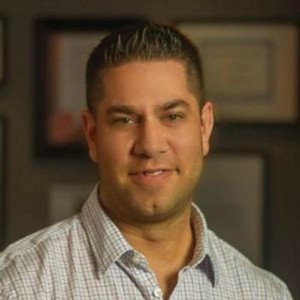 How to Get Clients to Say Yes to Bold Ideas

You’ve seen the look. The expression on a client’s face that says they’re intrigued by the boldest concept in the deck but far too conservative to actually pursue it. And as they imagine what their boss will say, predict how their customers might respond, and rehearse their explanation if things go sideways, that “maybe” quickly turns into a “no.” But of course, bold, unexpected ideas are the ones that get attention.

So how can creative pros convince their clients to take a chance on something different?

Derek Fridman, chief design officer at Huge, often aims to soften client resistance by simply putting the fear front and center: “When we’re crafting a pitch or having a conversation around a new app, I like to tell clients, ‘The stuff you’re going to see today will probably scare you,’” he says. “Just by letting them know that, it grants us permission to push things much further than they may be expecting. The goal isn’t to scare them, but to let them know that we have provocative ideas — and that’s why they hired us.”

Similarly, Matt Wegerer, owner and creative director of Whiskey, a small Kansas City firm, sets expectations on the very first page of the agency’s website, which reads, “If a bar fight broke out among different brands, chances are, one of ours threw the first punch.”

And he was just as straightforward with a group of investors who’d purchased Alterra Bank in 2010, then sought out Whiskey’s help with a new marketing campaign. This, of course, was just after bankers had initiated the housing crisis, been bailed out by the federal government, and proceeded to pay outrageous bonuses to their failed CEOs. Wegerer immediately told the client they’d need to do something different. “Before we presented one piece of creative — an outdoor ad, a print ad or a radio spot — we showed them a slide with just two words on it: Bravery Everyday,” he says. “We told them, ‘We have some rules: We’re not going to show a dad and a son playing in the backyard with a retirement message. We’re going to speak directly to people. And we’re going to use copy in interesting ways, with colors and typography you don’t normally see from a bank. When you feel a little scared, when you get butterflies in your stomach — that means you’re challenging yourself and breaking out of all the stuff that’s been done before.’”

Understand That “Bold” Is Relative

One big challenge when pitching bold ideas: Do you present several different options that vary across a spectrum, inviting a middle-of-the-road decision, or do you put all your eggs in one basket and risk a complete failure? When Gretel New York is asked to pitch ideas as part of a competitive bid, creative director Ryan Moore generally presents one idea that allows for multiple expressions as a way to show the agency’s creative chops and illustrate that they’ve “kicked the tires” on a certain idea. In deeper engagements that allow for more time, Gretel doesn’t hesitate to share three or four approaches along a spectrum.

“We’re in a service business, so we have a responsibility to give the client options without foisting our own agenda on their briefs, so I’m always trying to present a range,” Moore says. “But I don’t think that range is from what we want to do to what we think they’re going to like. ‘Bold’ is such a relative term — it might mean daring, or expressive, or loud, but it can also represent contrast. So something really quiet or minimal could be bold.” Moore says that the goal of a creative team is to simply find the truth about a product or service and express it in a genuine way.

“There’s a meme from 30 Rock where a fifty-something Steve Buscemi dresses like a teenager to fit in, and it gets to the idea that you can’t pretend to be something other than who you genuinely are — it’s a misguided strategy that immediately rings false,” he says. “You have to be honest with who the client is and what the market is looking for before you can deliver something effective — otherwise it’s just decoration, it’s not a brand expression. You can’t claim to ‘Fly the Friendly Skies,’ and then drag a passenger off your plane — it just doesn’t add up.”

One Last Thing Before You Go

Even if you’ve managed to set expectations, express the client’s unique personality, and get approval on a particularly bold execution, you may encounter resistance from people who aren’t even in the room. Many enthusiastic clients have returned to their offices to find that colleagues don’t share their enthusiasm. That’s why Fridman arms Huge clients with tools they need to close the deal.

“We want to create assets that empower our clients to walk the halls with confidence, to describe to their bosses and peers what it is that we’re all so excited about, he says. He and his team create prototypes, decks, and vision videos that include the words and images that generated a positive response in the presentation,” he says. “We want to help them express their excitement for the potential that we all see in a product or campaign,” Fridman says. “If we just create a bunch of crazy ideas and never consider what happens with our clients behind the scenes and the different ways the piece of the machine are connected, that’s just another level of irresponsibility.”

Jason was a Partner and Chief Growth Officer of a high-growth marketing agency located in Bergen County, NJ. Now, as our Founder & CEO, he works directly with small and mid-market companies to give them the framework and advice they need to do more with their marketing budget. A life-long learner, Jason loves reading books about marketing, strategy and leadership as well as being hands on mastering new technology.

Join more than 1,500 subscribers and stay up-to-date on all things advertising, marketing and public relations in New Jersey.